PRODUCT DESCRIPTION:
This smart board for the Worker Phoenix 2.0 can be used in a wide range of applications. Included are English instructions and translated menus (OOD helped with translations).  This is an Intermediate difficulty mod due to the small delicate wires and pathing that they follow.

*Install for this board is plug and play but the wires are delicate and may require re soldering in the case that a wire breaks at a terminal.

*Do not assemble this kit or other electronic devices with exposed boards on carpet since static can damage the board.

Received my 2nd kit after having a terrible experience with customer service and the product itself from a previous order of this kit.

I am happy to say I am super happy with my order this time around. Kit came in good condition was easy to put in and worked immediately.

Now this is the quality that I have received in the past and expect from out of darts.

Kit is very cool and allows faster rate of fire and complete customization of your performance.

Highly recommended if you want more from your Worker Phoenix 2.0 or just want it to be even cooler.

Wish I didn’t have to go threw two of them to get a working one but I’m very happy now. 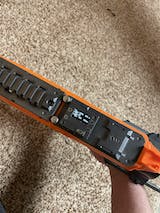 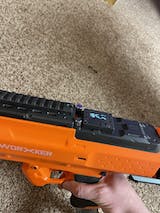 C
Curtis (.
First bad experience with out of darts

I contacted out of darts and they asked for a pic so I sent one but to only be indirectly accused of damaging the kit…. WHAT!!!!

Then I was offered a refund if I send the entire kit back…. Thanks but no thanks…. After the treatment I will just buy another and hope for the best but I will slow down my purchases from out of darts