PRODUCT DESCRIPTION:
The Nightingale 15-round magazine is the latest magazine offering from Worker. At first, we weren't sure about adding yet another magazine to the lineup, but the size and profile advantages make these magazines a terrific offering. We fully expect the 3D printing Nerf community to heavily utilize these in mag-through-grip designs.

Highly recommend this semi automatic handgun for any one. Worker has done a great job on this product and their others

As soon as I popped open the box I loaded up my magazines and in an 1/8th of the time I was… out of darts! Hah! The magazines worked great with only a couple of jams because I got over excited!
The only negative I have is that only the Worker Short Glow Darts would bind in the magazine. They, or at least the ones I received, are slightly wider and longer than the yellow and purple darts I ordered. My glow darts were about 1.53” long and .520” in diameter, my yellow darts are 1.5” long and .5” in diameter. I was hoping to use them as tracers by “charging” them while they were in the translucent magazines. Not the fault of the magazines, they worked great! 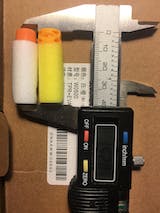 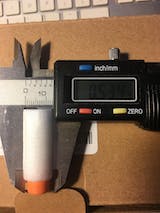 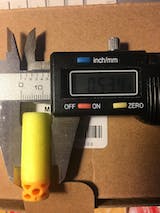 I love them, been using for awhile now and simply put I love them...

These mags feed and load smoothly while keeping a very low profile. No problem with drop reloads and they can be fit into a couple other blasters that use the regular Worker Angled Talon magazines with small shims.